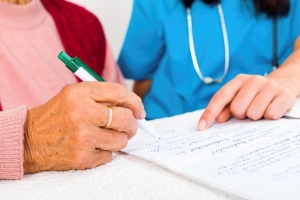 On Saturday, January 14th, House Republicans voted 227-198 and instructed committees to draft legislation by January 27th that would repeal the 2010 Affordable Care Act.

Once the repeal legislation is drafted, both chambers will need to approve it, and a presidential signature will be required. With reconciliation, budgetary elements of the ACA, such as insurance subsidies or Advanced Premium Tax Credits (APTC), Medicaid expansion and the individual mandate can be eliminated but not the requirement prohibiting insurance carriers to deny coverage based on pre-exiting conditions. Mission accomplished, the ACA will fall like a deck of cards without the premium assistance. Most people who depend on this assistance will no longer be able to afford insurance and be left out in the cold. To add insult to injury everyone else’s coverage will also be at risk because as the risk pool shrinks only those who have serious health issues will find a way to pay for their coverage, and everyone else will exit. Premiums will skyrocket and more insurance carriers will exit the marketplace.

Will Paul Ryan and the Republicans be able to get 8 Democrats on board to pass a replacement? With the current political divisiveness and rancor, it’s doubtful. Perhaps the Republicans will feel they have no choice but to drive off the cliff of reconciliation to get the Democrats to the table and find common ground. Will the Democrats prevent a crash or would they prefer a crash so they can blame the carnage on the Republicans? The path to true affordability & access to quality healthcare will need to consider most of the following:

Some of the points I mentioned such as Euthanasia probably won’t be brought up in any of the Republicans bills and likewise, Tort reform will probably be bitterly fought by the Democrats. What is most important is that we don’t allow the untangling of the ACA to hurt America’s health. Let’s urge our local politicians to work on rational replacement legislation and not let politics becoming the driving factor which can drive us off the cliff.